All award recipients of department awards and scholarship are selected by committee. There is no application process.

Established in 1993 by Trustee Emerita Geneva Boone, who was instrumental in forming the St. Mary’s College of Maryland Foundation, to recognize one graduating senior per year for outstanding St. Mary’s Projects.

The Robert H. Goldsmith Award for Excellence in Chemistry

Named in honor of Robert H. Goldsmith, Professor Emeritus in Chemistry, to recognize distinguished service to the department and academic achievement in chemistry.

Awarded by the department to recognize distinguished academic achievement and excellence in biochemistry.

In order to be eligible, candidates must complete CHEM305 before their senior year.

This award recognize achievement by undergraduate students in inorganic chemistry and to encourage further study in the field.

This award recognizes senior students who display a significant aptitude for organic chemistry and to encourage further interest in the field.

This award recognizes senior students who display a significant aptitude for physical chemistry and to encourage further interest in the field.

This award is given in recognition of a demonstrated ability, leadership, and professional promise in chemistry.

This award is given in recognition of a demonstrated ability, leadership, and professional promise in biochemistry.

The Maryland Chapter of the American Chemical Society

The Maryland Chapter of the American Chemical Society award for excellence in chemistry by a graduating senior.

The Chemical Society of Washington’s College Achievement Award for demonstrated excellence in chemistry or biochemistry by a graduating senior.

Established in 2012 to benefit rising seniors in chemistry who have demonstrated academic excellence and financial need. 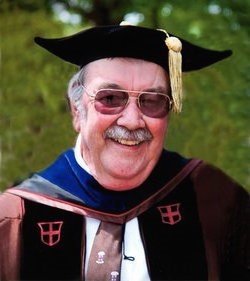 Paul Blanchette was a faculty member at St. Mary’s College of Maryland for 40 years from 1975-2015.  Paul taught physical chemistry, general chemistry, and many other courses. Paul received his bachelor’s degree in chemistry from the College of the Holy Cross and earned a Ph.D. in physical chemistry at Brown University. Between his two degrees he served in the U.S. Army, which included service in Vietnam. Paul was passionate about helping his students do their best and showed this in his teaching and his advising. The students appreciated his teaching style and often quoted some of his humorous statements.  During advising, he would frequently have students in his office for hours talking about their life at St. Mary’s and beyond. Paul provided exceptional service on many committees at the College and served as chair of the chemistry department for many years.  His long-term service on the Academic Policy Committee resulted in his being affectionately called “Mr. Academic Policy.” His care extended beyond the students and included his faculty colleagues. He was an exceptional mentor to many of the pre-tenure faculty members in the department.