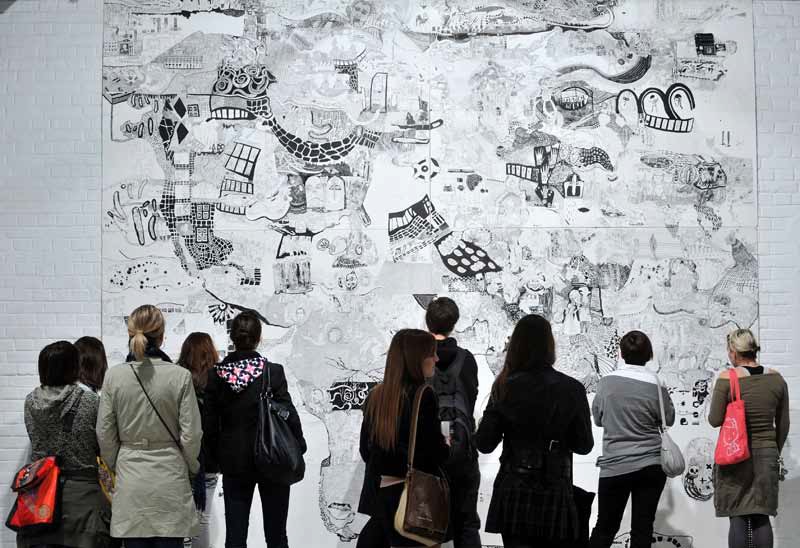 “I’m interested in researching how humans are surrounded and what is around them (what are the procedures and what are consequences). I’m also interested in un-visible elements that are in those surrounding (what kind of role is played in making visual communication possible). In many of my artworks I am working in drawing with ink, collages, printmaking techniques with installation and performance. My recent research is the “Visual Assay of Cleanliness” which is also my PhD theme at the Academy of Fine Arts in Zagreb.”    – Ana Sladetic