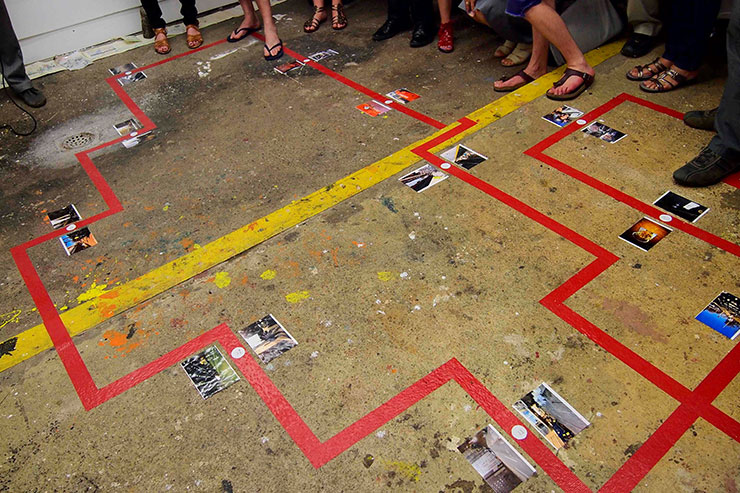 Matti Havens (’00) was born in the Netherlands and raised in the Finger Lakes region of New York. Furthermore, he has lived, studied and/or worked in Ecuador, Italy, South Korea, Switzerland and Poland. He completed his BA in Studio Art at St. Mary’s College of Maryland in 2000. After earning his MFA in Sculpture from the Maryland Institute College of Art he had a six-month residency in Zurich, Switzerland in 2007. He currently lives in Sunnyside, Queens and works as an ESL (English as a Second Language) teacher in Flushing, Queens. Havens has organized and assisted with various projects at Local Project Art Space in Long Island City where he is on the Board of Directors. He is also on the Editorial Committee of eL Paper Magazine. The yearly magazine has published his works and shown them in exhibitions, most recently this past summer when he showed a collaborative project with Billy Friebele.

Havens performed Insultorium at the Brooklyn International Performance Art Festival and also curated an evening of performance art at How Much Do I Owe You? organized by No Longer Empty in Long Island City, Queens, His video works, which have strong performance elements, have in the last year been shown at Modern Times 5: Weapon of Choice, at Cinema Zuid, EYE, in Amsterdam and also at the Extra Short Film Festival, in Moscow, Russia where he received a Special Mention Jury Decision. His diverse experiences abroad has allowed him to be immersed in various cultures and their languages. This has forced him to question perceived normal societal constraints and evaluate why we interact with people the way we do. As such his work frequently makes astute, humorous and ironic observations of the culture and world that surrounds us. Likewise the materials and mediums are secondary to the concept when Havens develops his work. The concept is the priority and he uses whatever medium is best suited to express that idea. As a result his work encompasses a broad diversity of styles and mediums.   http://mattihavensportfolio.blogspot.com/