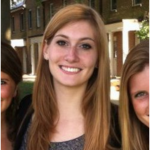 “The fact that the NSF is willing to fund my research means they see a lot of promise in my career as a scientist,” Knutson said.

She said she was honored to be included among so many impressive fellows.

While at St. Mary’s College, Knutson participated in atomic physics research at Patuxent River Naval Air Station as part of a collaboration between the College and the Naval Air Warfare Center Aircraft Division (NAWCAD). At the time, she presented her research at a national conference — the Division of Atomic Molecular, and Optical Physics meeting of the American Physical Society. She also served as president of the Physics Club.

Knutson said she is “immensely” grateful to her physics professors at St. Mary’s College. She also gave a nod to her liberal arts education.

“Awardees were chosen based on their potential for broader impacts to society as well as their intellectual merit, and I believe my liberal arts education set me apart from other physics doctoral researchers.” 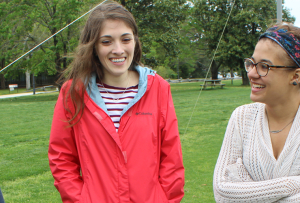 Hannah Lewis, a physics major who graduates this year, has been awarded one of the most highly selective merit graduate fellowships in the nation. The Jefferson Scholars Foundation at the University of Virginia selected Hannah as one of 12 Jefferson Fellows to receive full funding to pursue graduate studies in the Graduate School of Arts & Sciences at U.Va. Starting in the fall of 2016, Hannah will be a Ph.D. candidate in the Department of Astronomy at U.Va.

Jefferson Fellows undergo a rigorous selection process. First they must apply for admission to U.Va. Nominations are then submitted to the Jefferson Scholars Foundation by academic department chairs. Once nominated, candidates are invited to come to Charlottesville, Virginia to participate in the Jefferson Fellows Selection Weekend. This year, nearly 60 nominees for Arts & Sciences took part in a three-day competition, which included department visits, seminars, student symposia and in-depth interviews conducted by U.Va. alumni and faculty.
“Being nominated by a department is an honor in and of itself. It is an acknowledgment of the exceptional talent and potential Hannah has in her field,” said Benjamin Skipper, the foundation’s director of the graduate program.

The 12 selected recipients boast a number of significant achievements and Hannah is no exception. During her time at St. Mary’s College of Maryland, she was a recipient of the highly competitive Paul H. Nitze Scholarship, which is given to students who have demonstrated commitment to the liberal arts and sciences through outstanding academic success and a commitment to the improvement of society through leadership and service. Hannah was named Vice President of the Class of 2016 Executive Board and co-founded St. Mary’s Shop Hop, an organization that provides transportation to all students without other means of leaving campus. She was also a member of leadership honor society Omicron Delta Kappa and physics honor society Sigma Pi Sigma. Hannah worked as a teaching assistant in the physics laboratory and was a tutor for a variety of undergraduate physics courses.

In addition to receiving the full cost of attending U.Va., Hannah will be given space to work and conduct research at the Jefferson Fellows Center, a state-of-the-art, LEED-certified building located on University Grounds. This unique space is designed to foster interdisciplinary dialogue among the fellows, as well as give them a space to plan, lead and participate in enrichment programming.

“We look forward to welcoming Hannah to U.Va. in the fall and are eager to see the mark she makes not only on the Jefferson Scholars Foundation, but also on the University,” Skipper said 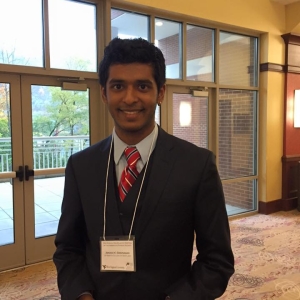 Arvind Srinivasan (Class of 2017) and Professor Chuck Adler have each won prizes recently for presentations they gave at physics conferences. Srinivasan spoke on “An Atom Interferometer Magnetic Gradiometer” at the 2015 meeting of the Mid-Atlantic Section of the American Physical Society in Blacksburg, VA. He described research that he is pursuing in the laboratory of Dr. Frank Narducci of the Naval Air Warfare Center Aircraft Division at Patuxent River Naval Air Station. Arvind received the second place award for talks by students – a category that included both undergraduate and graduate students.

Adler presented “A Simple Inexpensive Time-of-Flight Speed of Light Measurement” at the Fall 2015 meeting of the Chesapeake Section of the American Association of Physics Teachers. The meeting was hosted by St. Mary’s College of Maryland. Adler received the award for best demonstration at the meeting. 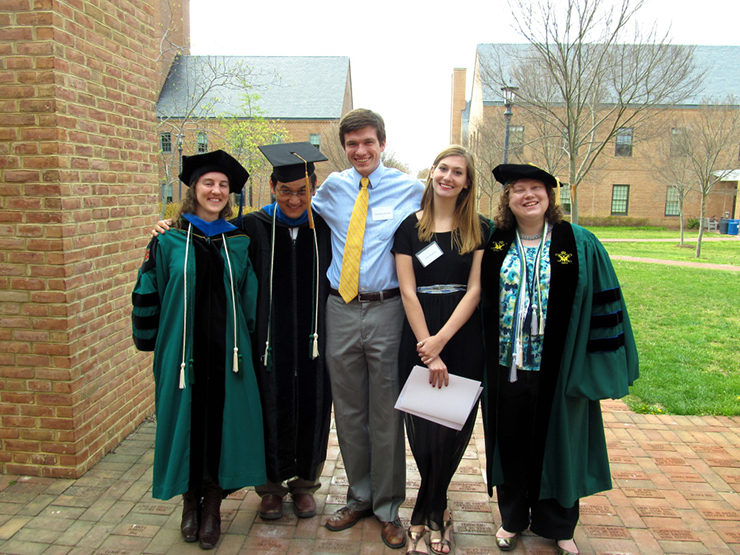 Erin Knutson was the 2014 recipient of the Weitzel Research Award. The award supported her research internship with Dr. Frank Narducci and SMCM Profs. Grossman and Adler at the nearby Patuxent River Naval Air Station. Knutson investigated cold atomic beams for atom interferometry.

Jonathan Kwolek received the 2014 Physics Department Award. While majoring in physics and math, Kwolek participated in atomic physics research with Dr. Frank Narducci of the Naval Air Warfare Center Aircraft Division, along with Profs. Grossman and Adler. Kwolek’s St. Mary’s Project was on “A Dual Accelerometer Gyroscope Atom Interferometer,” which could help the Navy with inertial navigation. He presented his work at the national conference of the Division of Atomic, Molecular, and Optical Physics of the American Physical Society in Madison, WI. He is continuing his atomic physics studies in the doctoral program in physics at the University of Connecticut. 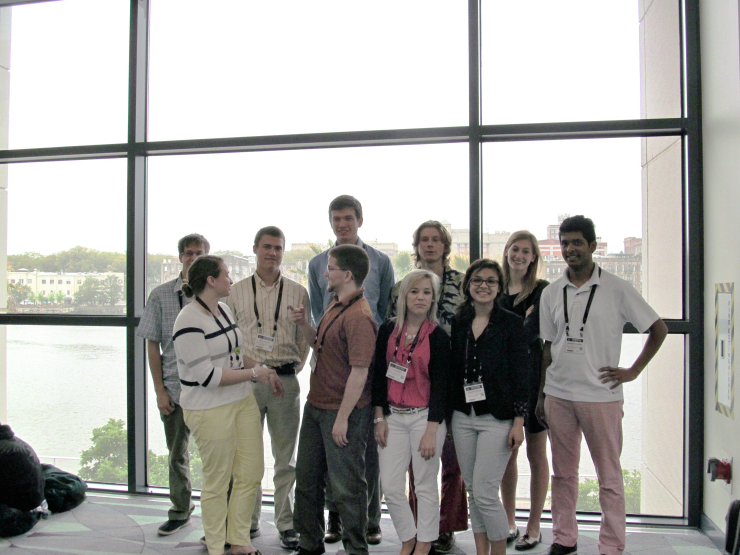 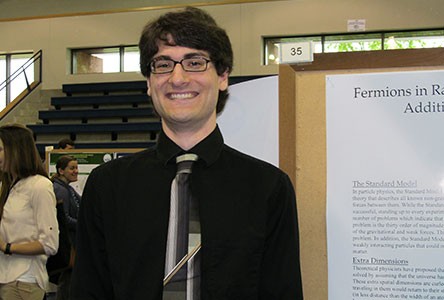 Jeremy Perrin was a finalist for the American Physical Society’s LeRoy Apker Award for undergraduate physics achievement.  Two awards are given each year — one to a student from a PhD-granting department and one from a non-PhD-granting department.  Perrin’s St. Mary’s Project focused on “Fermions in Randall-Sundrum Models with Two Additional Flat Extra Dimensions.”  He is currently working toward his doctorate in physics at Cornell University.