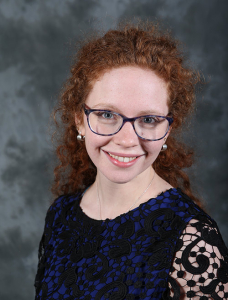 Elaine Bucknam ’16 received a Psi Chi Summer Research Grant. Fourteen of these awards are given out to undergraduates each year. The grant was $5000 total, $3500 of which was allocated to Elaine, and $1500 of which was allocated to her mentor, Dr. Glidden. Elaine’s SMP, “Assessing Social Motivation and Cognition in Adolescents with Autism Spectrum Disorder through a Modified False Belief Task” examines social cognitive and social motivational abilities in young adolescent boys, both typically developing, and with high-functioning autism spectrum disorder (ASD). Specifically, she created a modified version of the false-belief task–a known measure of theory of mind (a form of social cognitive ability)–to also measure implicit social motivation. Elaine is measuring the efficacy of this modified task by presenting it to participants in three different formats: a live-action video, an animated video, and a written scenario that is read aloud to them. She’s interested in whether the modifications made to the task will make it a successful measure of social motivation as well as social cognition. She’s also interested in whether the format in which the task is presented impacts participants’ responses. 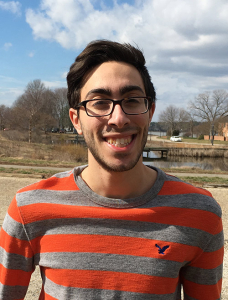 Samuel Hirsh ’16 received a Sigma Xi Grants-in-Aid of Research. These grants are awarded to approximately 180 undergraduate and graduate students from any field in science each year. The grant was for $972, just under the $1,000 maximum able to be awarded. Sam’s SMP is looking at a mouse model of Parkinson’s disease and a way of restoring movement to these animals. Work out of the Mathur Lab (University of Maryland School of Medicine) suggests that activating a specific thalamic nuclei in the brain optogenetically results in dopamine release which is rewarding. Stimulating the connections of this part of the brain in Parkinsonian mice results in restoration of movement. Sam will be determining the reason for this restoration through optogenetic and pharmacological approaches. This work is a collaboration between SMCM (Dr. Bailey is his mentor) and Dr. Brian N. Mathur from the University of Maryland School of Medicine). 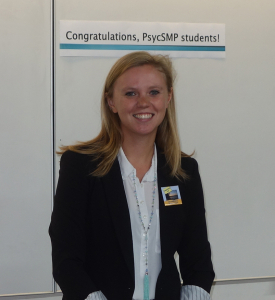 Liza Moore ’16 received a Psi Chi Undergraduate Research Grant.  $25,500 is distributed annually by the grant program in support of undergraduate research; Liza’s grant was $550 of that pool. Liza’s SMP is a qualitative study that explores the illness experience of chronically ill individuals with autoimmune disorders from the perspective of psychotherapists. The money from the grant was used to transcribe interviews with therapist participants. The goal of the study is to understand better what therapy looks like for chronically ill clients receiving psychotherapy as an adjunct emotional therapy, in order to understand best therapeutic practices. Through this research, the importance of psychotherapy as a treatment for autoimmune disorders is emphasized, as well as the need to better integrate physical and emotional treatment for chronic illness clients.