The William Donald Schaefer Internship Program for Government Service allows undergraduate students at St. Mary’s to acquire a hands-on experience in public policy with the hope that they will be inspired to choose public service as a calling.

The Center for the Study of Democracy at St. Mary’s College was proud to present the 2015 awards for the William Donald Schaefer Internship Program for Government Service in May 2015. 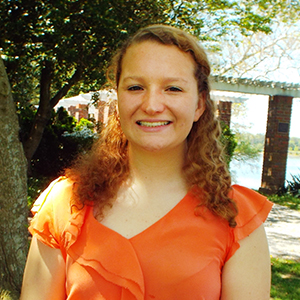 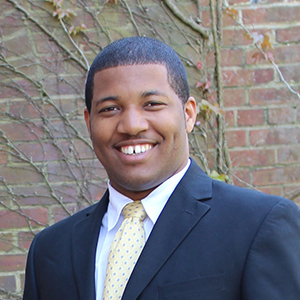 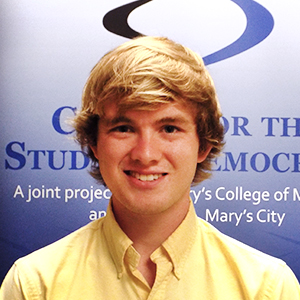 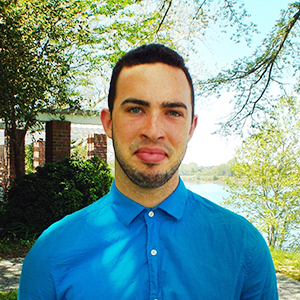 Sara Eaton majors in mathematics and economics. She is working to develop an economics literacy program that focuses on increasing financial literacy among individuals who are lacking education in economics. Sara will intern at Maryland’s Comptroller’s Office.

Terrence Thrweatt is a double major in political science and public policy, and a minor in sociology. He has already completed his William Donald Schaefer internship serving as an SMCM legislative liaison to Annapolis. Terrence intends to continue his work on policy outside of government by collaborating with various local and state entities in effecting policy change that impact the African-American community. He plans to attend law school in the fall of 2015, in addition to managing his tutoring company, EdCology.

Brendan Benge majors in political science at SMCM. Brendan’s goal is to build a career in public service. The award gives him the opportunity to work as an intern in the office of U.S. Representative of Maryland’s 5th congressional district, Hon. Steny Hoyer.

Michael Abrams majors in English with minors in history and film & media studies. He has already completed his William Donald Schaefer internship serving as an SMCM legislative liaison to Annapolis. This is how Michael summarizes his experience: “Now, after serving as the Schaefer intern, I am so grateful for the efforts of the whole St. Mary’s community who wish to keep our institution on track and progressing. I will take these experiences with me as I pursue a career in public interest law.”

William Donald Schaefer served the city of Baltimore, the state of Maryland and the nation with distinction for more than half a century.

When Schaefer was born, Baltimore was 80 percent white; by the time he died in April 2011, the city was less than 29 percent white.

As Mayor, Schaefer fought to rejuvenate the city and defend its needs. In his inaugural speech, Schaefer noted:

Around every city, there is a ring of affordable suburbs – with people who profess to dislike the city, to fear the city. They scorn the city. They ignore the city and they refuse to acknowledge the city’s problems are their problems. Yet without a city, those suburbs would not exist.

At St. Mary’s, Schaefer served on the Board of Trustees for St. Mary’s College of Maryland for many years. He played a key role in the establishment of the Center for the Study of Democracy and he was an active member of its advisory board.