Center for the Study of Democracy / Uncategorized / Teaching U.S. Foreign Policy in Russia
Register to Vote 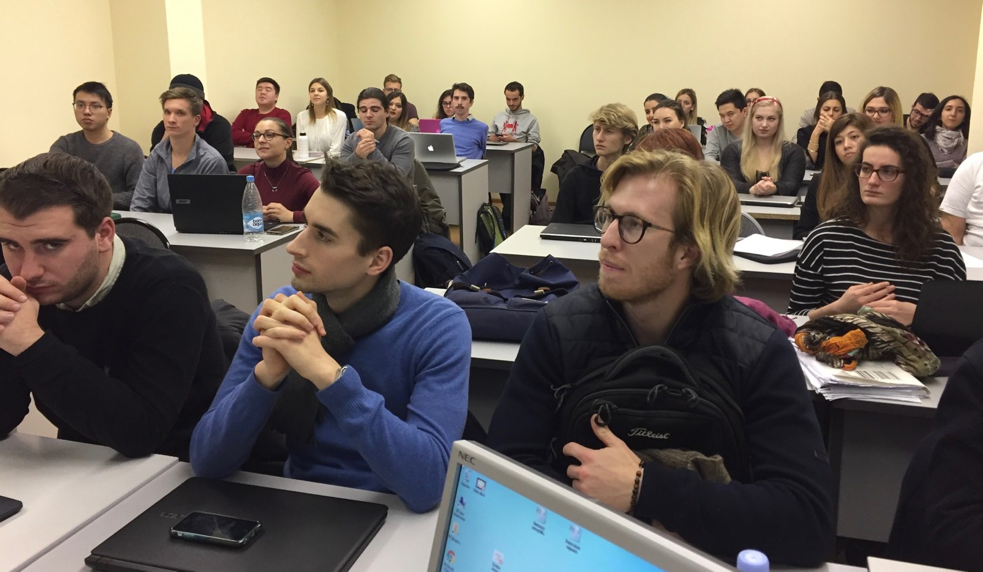 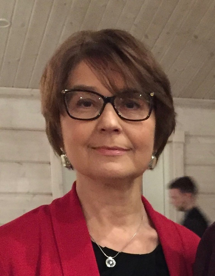 Dr. Maija Harkonen, Executive Director of the Center for the Study of Democracy, received a stipend from Moscow State Institute of International Relations (MGIMO), Russia, to teach a course on U.S. foreign policy. The three-week course, “U.S. Foreign Policy and Russia: Challenges and Opportunities,” took place in November 2017. Dr. Harkonen had fifty Masters-level students in her class from Russia and countries around the world, including Switzerland, France, Germany, Italy, Canada, Japan and the United States. The ambitious syllabus covered simmering conflicts in Syria, Ukraine and North Korea from the perspective of the two nuclear powers.
Topics such as cybersecurity and unmanned aerial vehicles (UAVs) were also discussed. During her stay in Moscow, Maija also gave a presentation at the MGIMO seminar on U.S.-Russian relations.

MGIMO is one of the leading universities in Russia. It operates under the auspices of the Ministry of Foreign Affairs of Russia and was once dubbed the “Harvard of Russia” by Henry Kissinger. It has the lowest acceptance rate and the highest test scores of any university in the country. Many of its students aspire to work in the foreign service or for international organizations.

Why Do European Students Study at MGIMO? 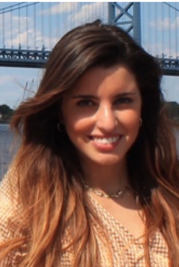 Cristina Lipari is an Italian with a bachelor’s degree from Luiss University in Rome. She has studied at MGIMO for six months, hoping to get an insider’s view into Russia and its foreign policy. Cristina wants to become a diplomat.

Christina took Maija’s course “to get a better understanding of the relations between Russia and the United States.” She wants to know how the United States and Russia differ in terms of their worldviews and in what way can we expect them to cooperate in the future. Of various topics covered in the course, she found the lecture on UAVs very interesting. The drones represent a new challenge to international peace with a wide range of potential applications. 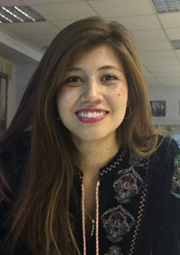 Maria Caballero graduated from Carlos III of Madrid Law School in Colombia. She is a dual nationality of Columbia and Spain. She came to study at MGIMO because she wanted to learn about Russian foreign policy. Maria dreams of working for an international organization that focuses on security and conflict. “The Organization for Security and Cooperation in Europe would be an ideal place for me,” she said.

Maria took the course to learn more about the U.S. role in the world and challenges we all face. She enjoyed the lecture on UAVs, noting that she has concerns about their impact on private property, privacy rights and international security.

When asked about the challenges the United States faces, Maria said that Americans need to listen to each other more in order to repair their fragmented society. Americans seem to be leaving behind the pragmatism they are known for and replacing it with emotion-laden politics. As for Russia, its main weakness is the lack of political plurality, free civil society and a fully functioning democracy. The collaboration between the two countries is hampered by the lack of mutual trust. 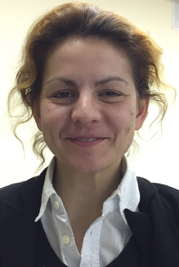 Anna Maria Leenders got her Master’s degree from Columbia University and her Bachelor’s degree from Princeton University. Her home is in Belgium. She plans a career in diplomacy and UNICEF.

Her main reason for taking Maija’s course was to gain a better understanding of issues relating to global governance and learn how the Russians approach to history and politics. Anna’s favorite lecture in the course dealt with space and space debris. She was surprised to hear the extent to which space had been militarized.

Living in Russia had changed Anna’s views of the country. The Russia she found was more capitalist and democratic than she had expected. When asked about the challenges the United States faces, Anna found poverty amidst the plenty, high illiteracy rates, and terrorism among the most important. As for Russia, she noted that many Russians exhibit racist attitudes toward their own minorities. Will the United States and Russia expand their cooperation in the future? It will be difficult due to economic constraints, competition, and the Cold War legacies.

Dominik Urak. Before coming to Moscow, Dominik Urak, who is Austrian, studied at The Vienna University of Economics and Business. Dominik took Maija’s course believing that every graduate student should have an understanding of the relationships between two world powers. His plans for the future includes joining the Austrian diplomatic corps. “I would also be eager to join international organizations or pursue a career in the private sector,” Dominik said.

For Dominik, the most interesting part of the course was studying the Arctic policies of the United States, Russia, other Arctic nations and interested parties. His research paper was titled: “China, the United States of America and Russia – Big Powers Trying to Control the Arctic: Implications on the Region’s Security.”

Did you learn anything new? “I found the discussion about the paradigm shift after Russia´s intervention in Ukraine very important.” Discussions of the balance of power in the United States and especially the limits of presidential powers were also illuminating.

Why did you decide to come to study at MGIMO? “MGIMO is the primary option for students from the post- Soviet space in the field of international relations. Furthermore, it is the elite school for future Russian diplomats. I wanted to get this firsthand experience and continue with my Russian language studies. Also, I wanted to dedicate myself to the field of politics and international relations in order to receive a broader picture. My previous studies were very much focused on details. For an Austrian, it is a quite unique decision and I hope to contribute to an improved understanding of Russia in the West.

What do you think about Russia? “The country shows huge discrepancies in living standards throughout its territory, Moscow and Saint Petersburg are its showcase cities. In the West, people often underestimate Russia’s natural beauty, its hospitable people, the scale of business opportunities and its rich culture and history.” Its main challenges are corruption and a lack of entrepreneurial culture.

What are the two most significant challenges the US faces? “One of the challenges is the rising power of other countries and players like China, India, Indonesia, the EU and Russia. All are eager to build a multipolar world and challenge US hegemony. At the same time this happens in a period the US is not sure whether they want to maintain the existing order or rather foster protectionism.” 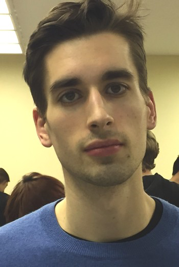 Arnaud Coinchelin is from France and he studied at the Institut Libre d’Etude des Relations Internationales, which is a private school specializing in International Relations in Paris. His Master’s program at MGIMO will last for two years. Why did you choose MGIMO?” “MGIMO is one of the best universities in Russia and in the east of Europe in general. And as a student of international relations, choosing MGIMO was obvious for me,” he said.

Arnaud took Maija’s course to learn more about Russia-US relations, noting that the relationship between the two countries is uniquely characterized by mistrust and constant calculations of self-interest but also a degree of respect. The two countries are major players in international politics.

Arnaud’s most favorite topics in the course dealt with cyber space, outer space, and UAVs. “These areas are the next field of competition between countries and activities in these areas will change our world,” Arnaud said. He was surprised to learn how advanced China’s cyber and space capabilities were. Arnaud’s research paper was titled “Cyber Space, a New Field of Confrontation between Russia and the US?” He is planning a career in the field of security.

What are the two most significant challenges the U.S. faces? Rising powers, such as China, will challenge the United States’ role in the world, Arnaud responded. The United States faces internal pressures to change its foreign policy and to withdraw from conflicts and conflict prone areas around the world, leaving a vacuum for others to fill in. Russia’s challenge, on the other hand, is that it’s “a very fragile country.” Arnaud continued: “It’s clumsy in its way of dealing with foreign policy, especially towards the US. The country is still recovering from the collapse of the Soviet Union, and they feel a kind of humiliation because they lost their status as a superpower.” The two countries should cooperate, however. Our world will face major issues, such as climate change and international terrorism. “These issues cannot be solved without major powers.”