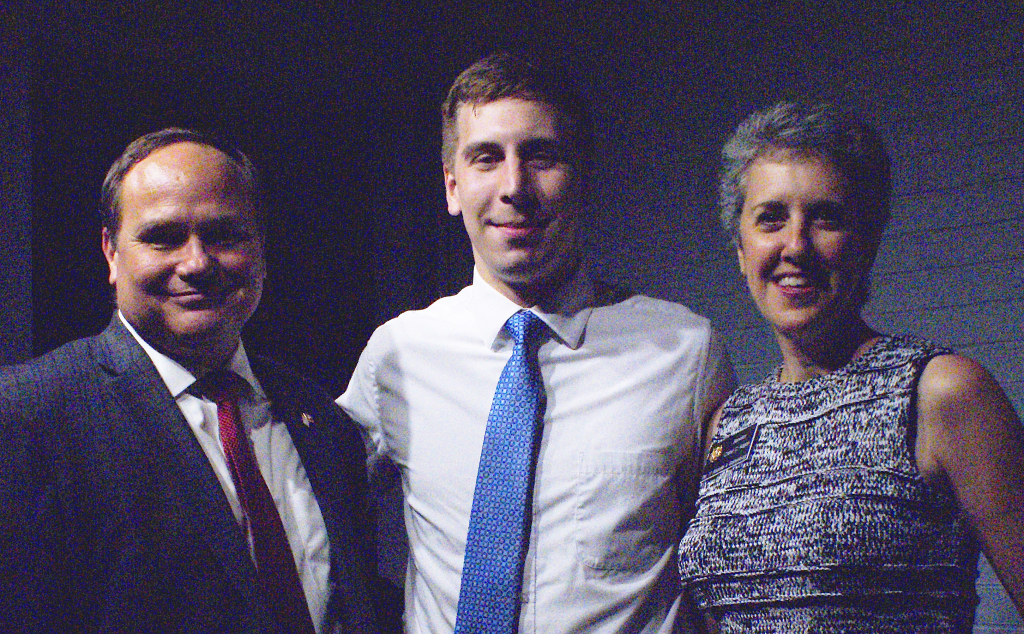 Since the presidential election of 2008, known as “the Facebook election” due to the Obama campaign’s mastery of the platform, social media’s prevalence as a political tool has only increased in frequency and importance. This new and dynamic dimension to the political conversation was the focus of an evening hosted on September 14th by the Center for the Study of Democracy at St Mary’s College of Maryland. Dr. Leticia Bode and State Senators Cheryl Kagan, Democratic representative from Montgomery County, and Steve Waugh, Republican representative for St. Mary’s County, were invited to participate in this interactive event. Dr. Bode is an assistant professor in Communication, Culture and Technology at Georgetown University and offered an overview of her research in this area.

Reaching Out to Disinterested Voters

Social media is growing and evolving in its applications and uses. Nearly all US politicians now have multiple platforms of social media to communicate with their constituents and potential voters. Dr. Bode discussed the unique feature of social media as an information medium that offers an opportunity for amplification unlike the traditional media does. More and more disinterested voters are being reached through social media as pertinent articles appear nestled in between cat videos and selfies on the screens. Whilst social media is second to cable news in terms of news source amongst the population as a whole, for young people it is the dominant medium. A total of 35% of Millennials use social media as their preferred news source.  Dr. Bode cited research that shows that people who engage in politics on social media are more likely to vote and to participate in the political process in other ways.

Senators Cheryl Kagan (D) and Steve Waugh (R) discussed whether social media compliments or obfuscates the efforts of political campaigns. The discussion was moderated by Atty. Samuel Baldwin, a senior partner and founder of The Law Offices of Baldwin and Briscoe, P.C.  All agreed that social media certainly makes politicians more approachable. Senator Kagan, describing her own experiences on Facebook and Twitter (the accounts of which she has full control of), highlights how surprising it can be to have folks – strangers – come up to her in public with the perception that they know her personally just by her personal, forward presence online. Social media humanizes the political office by engaging both people and politicians. A member of the audience compared twitter to “passing notes back in forth in a classroom.”

Transparency, full disclosure, and frequently updated social media accounts do not always yield positive results. Both state senators and Dr. Bode acknowledged several shortcomings that can be associated with the newest forms of media. Senator Waugh had reservations about the way the national election has been going in the country, with the constant cable media coverage and contentious dialogues online.  He said: “What everyone should keep in mind is that the elections will end and we still need to be a country”. Are we to expect a major downfall of social media platforms after the elections are over? 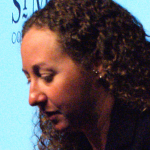 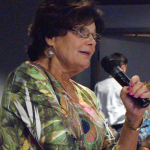 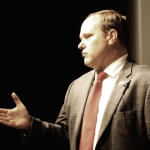 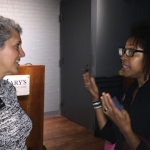 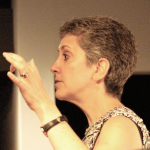 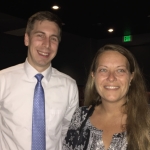 Social media allows people to connect with public figures, celebrities, friends, and family members. It allows them to have multiple sources of news coverage. The problem is that the media is splintered along ideological lines and people are choosing to be exposed to those articles, tweets, videos and other content that reinforce their own views. We are running the risk of isolating our viewpoints by rejecting those that challenge them with a click of the mouse.  Because we can select our online preferences and social media algorithms are what they are, the information that crops up on our news feeds is likely to further contribute to balkanization, said Senator Waugh.

Senator Kagan mentioned that with a limited amount of characters (Twitter) it’s effortless to take what’s written for granted and parrot it back at people without taking the time to research the issues alluded to a single tweet, Insta post, or status update. This isolation and inability, or choice, not to see other perspectives and acknowledge their merits and drawbacks, can be a major factor in the kind of politics we’ve experienced throughout the 2016 election cycle.

Board of Education Candidates Speak

Three of the five seats on the St. Mary’s County Board of Education are up for general election on November 8, 2016. The District 2 general election race features newcomers Jim Davis and Justin Fiore.  At the VOTE! -event, an SMCM alumnus Justin Fiore from Leonardtown gave a short speech noting his experience as Committee Analyst for Senate President Mike Miller. Fiore had also worked for State Senator Cheryl Kagan.

The second candidate that spoke at the VOTE! –event is Chris Krush, a candidate for at-large representative on the St. Mary’s County Board of Education in Maryland. He discussed his 30 years of teaching experience at Thomas Stone High School in Waldorf noting that his lifelong focus on education made him well qualified for the job.

State Senator Cheryl C. Kagan, a Democrat, began her career on progressive issues like women’s reproductive choice, gun control, and campaign finance reform. Kagan was elected in 2014 and represents the cities of Rockville and Gaithersburg in Montgomery County.  A former member of the MD House of Delegates, she served from 1995 to 2003. After choosing not to seek reelection, Kagan served as Executive Director of the Carl M. Freeman Foundation that contributed over $1,000,000 each year to nonprofit organizations.  Her legislative successes include passing “Language Access” to ensure that all State agency websites are multi-lingual; clarifying the voter registration process with her “Informed Voter” bill; and closing a loophole in fertility treatment coverage for married lesbian couples. Outside of her Senate responsibilities, Senator Kagan works for Community Ministries of Rockville.  For the past 14 years, she has hosted a concert series in her home, bringing nationally-touring singer/songwriters to Rockville.

State Senator Stephen M. Waugh is a Republican representing St. Mary’s and Calvert Counties since 2014. After graduating from the United States Naval Academy with a BS in Aerospace Engineering, he served 20 years in the Marine Corps flying the AV-8B Harrier with operational deployments aboard ship and ashore. His posts at Naval Air Station Patuxent River included Chief Engineer for the RQ-2A Pioneer Unmanned Aerial Vehicle, Vertical Take-Off and Landing Unmanned Aerial Vehicles Demonstration, Deputy Program Manager for the Multi-Role Endurance Unmanned Aerial Vehicle and finally as the NAVAIR War Council Chairman. Since 2007, Senator Waugh has been a member of the senior professional staff at the Johns Hopkins University Applied Physics Laboratory. Senator Waugh’s legislation includes establishing the Maryland College Collaboration for Student Veterans Commission, is serving on the Commission on Innovation and Excellence in Education as well as the Redistricting Reform Commission.