Department of Psychology > Archives for Comics 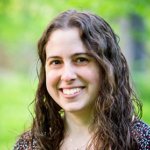 Congratulations to Dr. Gili Freedman on her recent publication!
Freedman, G., Green, M. C., Kaufman, G., & Flanagan, M. (2021). Using comics and tweets to raise awareness about gender biases in STEM. Psychology of Popular Media. https://doi.org/10.1037/ppm0000313
For this project, Freedman and her colleagues worked with a comic artist who created comics about women’s experiences in STEM (science, technology, engineering, and math). In their study, men and women were shown tweets that contained the comics or tweets with text only. Researchers measured attitudes toward women in STEM before and after participants viewed the tweets. They found that after reading either type of tweet (text-only or comic), participants became more aware of the negative climate issues for women in STEM. In addition, women in the comic condition thought that there were more women in STEM after reading the comics, but men’s perceptions did not change.
View the full abstract here. Access to full text is available to the SMCM community through the Library.